What is Sclerotherapy for varicose veins and spider veins?

Sclerotherapy (Pronounced skle-ro-therapy), has been around since the 17th century.  It was not until 1916, when the use of modern sclerotherapy treatment for varicose veins was founded. The word “Skleros” itself comes from the Greek word to make hard. Different solutions and sclerosants have been created since then, that are not only safe but highly effective in removing varicose and spider veins.

Sclerotherapy is a medical procedure, whereby a “sclerosant solution” is injected directly into the vein. This then irritates the inner lining of the vein wall causing it to harden and then get absorbed by the body. The absorption by the body is similar to what happens when you develop a bruise after a fall. It eventually disappears.

How is it performed?

Sclerosant solution is injected using very small needles either directly into the vein or by using ultrasound guidance for veins that are not visible.

The solutions can be injected directly as a liquid or as a foam. Both are as effective for spider veins, but foam is generally found to be more effective for bigger veins hiding under the skin.

This is a very common question and the simple answer is no. Some solutions used for sclerotherapy can cause stinging when first injected and others cause some slight itchiness during the procedure. The solution I use has an anaesthetic property as well that further reduces any pain. It is important to note that the needles used are tiny and not ordinary sized needles. Generally, it is very well tolerated by most people. Many who do get treated are often surprised how little discomfort there is. 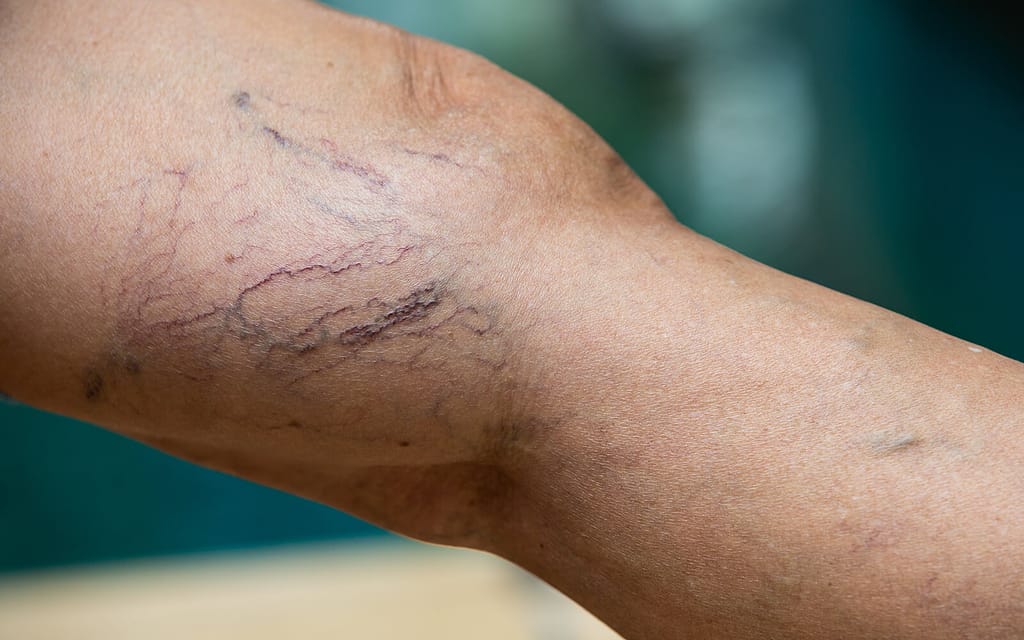 Most patients who get sclerotherapy can be treated and go straight to work or any other day to day activities. It is often recommended to not do heavy exercise or weight lifting for the first 5 days after sclerotherapy.

It is also advisable to walk daily for 30 to 45 minutes each day after treatment and wear medical compression stockings during that period.

How many treatments will I need?

This is challenging to answer without examining a patient and doing a duplex ultrasound. Most patients generally need at least 3 treatments of sclerotherapy. Some patients have multiple spider veins scattered everywhere and, in that case, more treatments may be needed. Also, some treatments may need a combination of different procedures with sclerotherapy just being one of them. I advise patients as to what will be required during their initial consultation.

Treatment of spider and varicose veins using sclerotherapy can be very effective. Even after the first few weeks post treatment considerable changes in the appearance of varicose and spider veins can be seen. The final results will be visible 6 months post treatment.

I personally treat all my patients and at Doctor Vein, our focus is only on veins. We strive for the best outcomes and endeavor to deliver the best results.

If you have any questions about Sclerotherapy, please send me an email to info@doctorvein.com.au